Art and My Sin

Several years ago, I sat in my office working at a job that I’m grateful for—but do not love. I looked over at my art table which functions as a mini studio in my home and thought about how much I’d prefer to elbow deep in paint, paper, and glue. As I had that thought, the Holy Spirit began to do something in me that he doesn’t often do in my life.

I experienced a physical manifestation of his presence in such a way that I was completely overwhelmed. I began to journal and pray. I felt as if his presence was laying over and wrapped around me like a heavy blanket. It lasted for about 30 minutes and when it was over, I was exhausted, humbled, and left with a particular message. “Move in the direction of your art.”

It was amazing. And confusing. Yes, I had what I call an art table. But, I don’t consider myself an artist. I have no problem believing that if I run (no matter how far or fast), I’m a runner. I have no problem believing that if I write (no matter how often I’m published), I’m a writer. If I run, therefore I’m  a runner. If I write, therefore I’m  a writer. But, for some reason, I couldn’t unhitch performance metrics from the term artist. If you make art, you’re an artist. Whether it’s good art or bad art is a totally separate call. Instead, I danced around the issue by calling myself a maker. Or, a creative. Or, a craftsman. But not an artist.

In that half hour in my office, God moved in such a way that it was impossible for me to ignore. Impossible for me to chalk it up to my overactive imagination or bad pizza. He unmistakably said, “Move in the direction of your art.” Which would make more sense if I really had “art”. But I didn’t. How was I supposed to move in the direction of my art, when that wasn’t really a thing?

On top of that, I had just begun a coaching practice. I’ve been a natural coach all of my life. While it was certainly a new endeavor, it was much more of a known path. Moving toward art seemed downright crazy. But, God told Abraham, “Go” without any details and Abraham went. So, I abandoned the coaching path and began exploring what art might look like for me. I spent a few months generating and exploring ideas but nothing really fit.

That Fall, I participated in a 30-day art challenge and learned that people responded to what I created. I sold so much of the work I’d done that month that I didn’t have enough to display at an art show the following month. People were actually buying my work, which now made me a professional. And yet, on the inside, I was still at war with this word, “artist”. I felt like a complete fraud.

What a Dragonfly Taught Me

Several months later, I took a day off and went to sit in one of my happy places, at the edge of a lake. I set aside that day as a personal retreat and I sat down with my bible and a notebook and tried to figure out what to do next. I read, prayed, and journaled. I didn’t make much progress, but it sure was a beautiful, peaceful day! It got warm, so I moved from the open beach area into the woods. I sat on a big rock overlooking the lake and watched the water move.

It was late afternoon and the wind had come up a bit. I noticed a dragonfly flying along the shoreline. He was moving against the breeze, so he would make a little progress and then be blown backward. I watched him for at least ten minutes and he was working so hard and making no real progress. I kept shaking my head, telling him to turn around. He must have finally understood because he turned and as the wind was now helping him, he soared. He was immediately out of my sight in a flash of iridescent wings.

At that moment, I felt God tell me that I was acting just like that dragonfly. “Why are you fighting so hard?” he said, “I created you as an artist to inspire and to teach. So go do that and you’ll soar.” Leaving the lake that afternoon, I made peace with the idea of being an artist. I realized that I’d not only been denying the title, but I’d also been rejecting God’s plan for me.

I practiced calling myself an artist at every opportunity. Frankly, it still feels odd, but I can do it without choking now! Still, nothing made sense for a long time. Years, in fact. I would love to say that I persistently made art in those years. But, I didn’t. Life went on and while I knew that I was supposed to be creating art, it was so easy to let other things…good things…take priority. I’m a single mom. I’m a business owner. I’m a volunteer staff member at my church. I’m legit busy. I found it easier to respond to the urgent than to discipline myself to be putting in hours at my art table. I’ve not completely ignored the call to art. I’ve written a book and illustrated the cover. I’ve been in the studio, but sporadically.

Maybe you can relate? Is there something you know you should be doing and yet, it’s so easy to put it off and assume you’ll get to it tomorrow?

Three things have happened in the last several months that have led to my writing this tonight.

First, I was contacted by the co-founder of an arts-based non-profit to see if I was interested in participating in a mission trip this year. Nope. I have too many other things going on. But, I looked it up. And kept thinking about it. I agreed to talk to her about it. Once I did, I was hooked. I align so perfectly with their approach to missions and creativity that it’s a little unnerving. I leave for Guatemala in a week (And as I write this I’m trying not to hyperventilate about all that needs to be done!).

Second, over the past few years, God’s been softly calling me to explore art as a spiritual practice. One of my friends runs a nonprofit that does similar work. I began asking her to teach me what she does and a year later, she held her first instructor training in the Painted Prayers process. I am now one of the first people to be certified through her instructor training. Third, in the midst of the training and mission prep work, I was contacted through Facebook from a woman I didn’t know. She asked if I’d ever been to Greece. Yes, I went on a missions trip to Athens a few years ago. The woman then asked if I’d handed out any art there. As a matter of fact, yes. We were to bring encouraging gifts for long-term missionaries who were in the field in Athens. We threw a dinner for them one evening and I brought art prints with prayers written on the back. It was the first time I felt like my artwork had a real purpose. This woman was not there that evening but received one of my prints.

The piece she received was based on the Japanese art form, kintsugi, which is a method of repairing broken pottery with precious metals, often gold. It’s a beautiful metaphor for the concept that God redeems all things in our lives and that broken things can be made beautiful through Christ.

She had experienced crippling personal trauma while in ministry in Athens. God used my art to offer hope and healing to a hurting woman who I knew nothing about. She’s now in the United States and is about to get married. She wanted to thank me and tell me that it is one of her most treasured possessions and will be hung in a place of honor in her new home. God doesn’t always let us see the impact our actions have. This time he did, and I’m so grateful.

When we’re obedient to God’s personal directives (general instructions too, but today I’m thinking about the things he’s specifically asked of each of us), he can use us in ways that are far beyond our ability to understand or imagine.

When those directives aren’t urgent or specific, it’s very easy to get distracted. In thinking these stories through as I write, it seems ridiculously clear. But, they took place over the course of years. With so many other things going on at the same time.

I was on the phone once with a friend of mine, a beautiful woman of God. We share many of the same interests and passions and wound up talking about a collaboration we would love to do. But, God had called her to something specific and me to something specific. We agreed to pray about the collaboration, but also agreed we needed to be obedient to what he’s asked of us already. Why would he bless a new venture when we were ignoring what he specifically asked of us?

I’m realizing tonight that I’ve been ignoring what he’s asked of me. Not completely, but I’ve been pretty casual about my pursuit of art beyond the first few months after his initial instruction. And his message to me hasn’t changed. He’s been  clear and consistent in his reminders. I’m realizing that I should be pursuing his directions more passionately. More completely. More intentionally. Not as a fun hobby. But, with serious intent and focus. Anything less is sin, As I wrap up this post, I’m going to go offer God an apology and my repentant heart. Actually, I think I’ll pray right here. If you know you’re supposed to be doing something specific, but have been dragging your feet, will you join me?

Abba, Daddy. I’m so very sorry. I realize tonight that you’ve told me over and over. I wasn’t intentionally disobeying, but I certainly wasn’t hopping right to it either. I’ve been so casual about my obedience, and right now that feels entirely disrespectful. Entirely wrong. Thank you for your gentleness with me. Thank you for drawing my heart back to this over and over and not giving up on me. Thank you for the conversations this week that sparked this post and then this realization. Going forward, I’ll be fully obedient. I love you. Amen.

Did you find this valuable?
Share it with your friends!

You Are Not Alone

You’re not crazy. I promise, you’re not. I spoke those words to a friend this morning as we talked through some trauma in her life. I was able to look in her eyes and let her know she was seen. She was heard. She was valued. And she wasn’t crazy. In my weekly email last 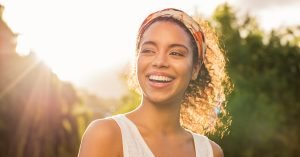 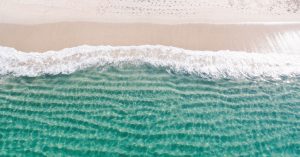 Our lives are measured by rhythms, from our heartbeat to our breath to our sleep cycle. Rhythms govern many of our daily activities…but how intentional are you about creating them? We need intentional Christian rhythms in our life to draw our hearts close to God. 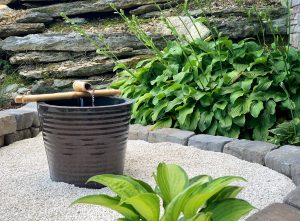 A Water Fountain and Distraction

What a water fountain reminded me about distraction and how to do something about it.