What is God’s Grace?

God’s grace is more than enough for all the things you think disqualify you. All your flaws, all your mistakes, all your unloveable parts. Not just the things you think might be considered quirky or slightly annoying to someone who loves you. I mean ALL the things you fear in your own heart in the middle of the night when strange noises remind you you’re alone. When no one’s looking at the shiny facade you show the world during daylight hours. God’s grace reaches every mucky crevice in your heart and mind. Every single one. There’s no hiding, no mistaking, no polishing up that he doesn’t see through.

While it’s frightening to really lay bare our innermost turmoil, shame, and compulsions, the absolutely amazing part of grace is that none of that affects how much God loves you.

In the middle of a conversation about COVID-19 this week, I wondered, “What if we had germ-vision? What if we could see all the germs on the surfaces, in the air, and all around us?” I apparently wondered it out loud because my son and boyfriend immediately stopped talking and looked at me in horror. “What? That would be a nightmare!” “I would be paralyzed, that would be terrible!”

Their immediate and violent responses startled me. This morning as I think about sin and grace, I imagine the inside of our souls look a lot like a public keypad panel with germ-vision. Every surface, every tiny piece of the landscape of our soul is contaminated by sin. If we want to understand and experience the fullness of grace, we need to first sit with and understand the depth of our sin. Not to wallow in it, not to beat ourselves up, but to understand that truly we have no part in our own salvation.

For I know that nothing good lives in me, that is, in my flesh. For the desire to do what is good is with me, but there is no ability to do it. (Romans 7:18)

The Protestant Reformation was a controversy with the Roman Catholic Church over how helpless we are to raise ourselves from the dead and be justified….That was the bottom issue: Are we really as helpless as the Bible says? Everything else follows if you believe we are. Only grace could raise us from the dead, only Christ could become our punishment and our perfection. Those two miracles — life from the dead and wrath removed — can only be received as a gift. A gift that’s unmerited and unearned, so that the entire transaction would lead ultimately to the glory of God, not me. – John Piper

Grace has often been described as the undeserved favor of God. The fact that we’re less than holy, that our lives are stained with sin means that we deserve death. Death is the prescribed punishment for sin and we all, just by being imperfect humans are under a death sentence. Jesus, the only perfectly holy one to have lived, stepped in for you and fulfilled that death sentence so you don’t have to. So we understand grace as the reason for our salvation, the reason we can have a relationship with God. We didn’t get what we deserved, death. Instead, we got what we didn’t deserve, life.

Let’s look at a few other things we should understand about God’s grace: Grace is a gift.

The Bible repeatedly calls God’s grace a gift and it’s an important analogy to understand because it helps us understand some key things about grace. A gift is different than a loan, there’s no expectation that we need to repay God for grace. The gift of grace costs us nothing. The receiver doesn’t pay for a gift, the giver does. Our God bought our salvation at the cost of the precious, eternal blood of his son. So his payment for the gift was both impossibly valuable and permanent. When a gift changes hands, it belongs to the recipient; ownership has been transferred. A gift makes the receiver wealthier and the giver poorer.

Grace is not a thing, a substance.

God gives us himself when we don’t deserve it; that is grace. The oft-repeated definition of grace as an undeserved gift is right but does not go far enough when referring to the grace of God. Grace is a gift, but God is not only the giver, but he himself is also the gift. God graces us with himself. – Jeremy Treat

This is important because we’re familiar with gifts in the form of things. We receive flowers, a book, a ticket to a concert, so it’s easy to think of grace as an endless stockpile in the grace warehouse. But, the gift isn’t a thing, the gift is a who. God gives us himself.

Grace is the power that enables our lives.

Sometimes we understand grace as the thing that secured our salvation at the time we believed in Jesus’ sacrifice for our sins, and it certainly is that. But, if we only understand it as a one-time gift, we miss what it means to live as a child of God.

Grace in the New Testament is not only God’s disposition to do good to us when we don’t deserve it, often defined as unmerited favor — totally right definition — but it’s more….Grace is power. Grace moves in and enables me to fulfill a resolve. -John Piper

For the grace of God has appeared, bringing salvation for all people, instructing us to deny godlessness and worldly lusts and to live in a sensible, righteous, and godly way in the present age, while we wait for the blessed hope, the appearing of the glory of our great God and Savior, Jesus Christ. He gave himself for us to redeem us from all lawlessness and to cleanse for himself a people for his own possession, eager to do good works. (Titus 2:11-14)

The grace of God powers our lives as believers. Jesus gave himself to redeem us and to cleanse us. To enable us to live righteously. Because we can’t do it on our own.

I am the vine; you are the branches. The one who remains in me and I in him produces much fruit, because you can do nothing without me. (John 15:5)

God’s Grace is more than enough.

If you sit still and look at your heart with clear enough eyes, you’ll begin to see the utter helplessness of our human situation without the active love of God. And we all know our own sins too well. But, the grace of God is more than enough for you.

The grace of God is more than enough to pay the price for your sins. Every one of them.

The grace of God is more than enough to give you an eternal life in Christ, free of guilt and shame.

The grace of God is more than enough to enable you to live a life of godliness in an ungodly culture.

The grace of God is more than enough to accomplish all God has planned in your life.

The grace of God is more than enough to transform you into the God-honoring, people-loving, Christ-focused child he wants you to be. No matter what your life looks like now, or has looked like in the past.

The grace of God is more than enough. 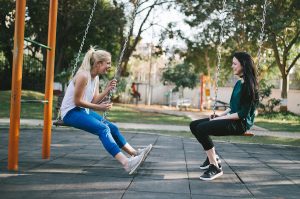 25 Actions to Deepen Your Relationships

If you’re looking for more intimacy in any of your relationships, I’ve got you covered today. I wondered what the internet had to say about how to deepen relationships, so I went into research mode. After reading dozens of articles posted by everyone from Psychology Today to relationship counselors to researchers doing studies on long 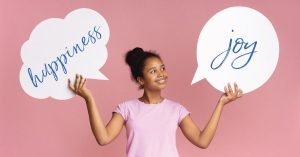 Is There a Difference Between Happiness and Joy?

Is joy primarily a Christian experience? Is happiness a worldly thing? I’m about to take a controversial stand on this! 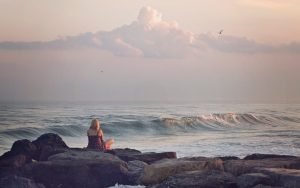 Christian Planning for the New Year

As we head into a new year, we’re bombarded with messages about goal-setting and planning. But, Christian planning for the new year should look different, than the world’s. 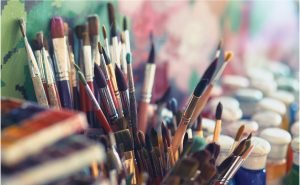 Art and My Sin

Several years ago, I sat in my office working at a job that I’m grateful for—but do not love. I looked over at my art table which functions as a mini studio in my home and thought about how much I’d prefer to elbow deep in paint, paper, and glue. As I had that thought,