The Christian Life as a Practice

My son took piano lessons for seven years and hated it for six and a half years. While it was painful at the time, I don’t regret the constant battles to get him to practice. There was often stomping, tears, and snarling involved. But for a few weeks at the end of each semester, the cloud lifted. He’d sometimes even practice on his own and occasionally enjoyed it in spite of himself. This was the brief, shining moment we called recital season. Performing has never bothered him much, so he didn’t get stressed out. The game-changer was that he got to play music he found far more interesting than the everyday stuff-he-needed-to-learn music.

A little less than a year ago, he switched to saxophone. He loves the sax! He voluntarily practices on his own, there’s been not a single tear, stomp, or snarl and he’s really enjoying it. And I am too. Performing with the middle school band and jazz band is a completely different calendar rhythm than we experienced with piano.

When he played the piano, our world tended to revolve around performances. With the sax, his music is far more oriented around practice. This has nothing to do with the instruments themselves, or even with the teaching styles or schedules involved. It has everything to do with his personal approach. I’ve been thinking a lot about the difference between life as a performance and life as a practice and what a profound effect that can have on our spiritual lives.

While yoga is physically great for your body (as is swimming) and it’s totally possible to perform yoga poses without it being a practice, it does have significant non-physical components. One of those is approaching it as a practice. Here are a few ways to think about it:

“When an activity becomes a practice it shifts from something you are doing at a point in time to an ongoing process of becoming. The former lends itself to “good” or “bad” judgments, forgetfulness, and discontinuity. The latter lends itself to integration, continuous learning, and wholeness.” (Brad Stulberg)

“When we say we’re practicing something, it implies that we’re on a journey to get better at whatever it is we’re practicing. That emphasis on the journey is a very important distinction…We won’t ever really perfect a pose, we’ll just get very good at practicing it.” (Dr. Beth Brombosz from the Sublimely Fit Blog)

A practice implies both a continual journey toward something and an awareness of the sacredness of each moment in that journey. Before we unpack what that implies for a Christ-follower, let’s look at six differences between life as a practice and life as a performance.

When we move our bodies into the form of a yoga asana, we can be either practicing or performing. If we’re trying to do the yoga pose “right,” like others we see around us, or like an imagined ideal, we’re performing. But, if we’re focusing on the process of the pose, we’re not comparing to others, to an ideal, or even to what we did the day or week before. Practicing anything is how you take the journey, not reaching the destination, so it’s inherently about the process.

The goal of practice is growing, while the goal of performance is exhibition.

The whole point of practice is to improve. The saxophone I’m hearing these days is certainly partly for the sheer joy of playing. But, the practice I hear is to improve. It’s learning a song, increasing the speed and accuracy of notes, learning the nuance of expressiveness. It’s improving his skill and his ability to play. The goal of a performance is the experience, whether for the player, the audience or both. It’s intent is to be the best possible experience of that moment in time.

Because the goal or practice is to learn and improve, mistakes are awesome! They point out where we need correction, they lead to faster growth, and they’re expected. They’re inherently part of the process. Performance on the other hand, is the opposite. The whole point is to have an experience free of mistakes, free of imperfection.

Generally speaking, a practice is private and a performance is public. This isn’t always true, so don’t go looking for exceptions, because you’ll certainly find them! But, often our attention when practicing is focused inward and when performing is focused outward. During a yoga flow, performing a pose as a practice would mean that the attention is on your own breath, your own body, how you’re moving, and feeling. If performing, you may be moving your body into the same position, but your attention is likely to be on comparing yourself to the person next to you, how you did the pose last week, or the instructor in the front of the room.

A practice is freeing while performing is constraining.

If I’d told my son that his piano practice was freeing, he’d have laughed at me. But, he wasn’t interested much in improving. He was interested in doing the least amount he could to get by. By considering what you do a practice, you free yourself from the bondage of judgment. In a practice, mistakes are just fine. As a matter of fact, they’re encouraged. If the goal is growth, then making mistakes as fast as possible is ideal.

On the other hand, performing invites judgment. It invites a measuring, a reckoning to some standard. It traps you in the grip of comparison. Practicing is about becoming while performing is focused on arrival.

Practicing means you’re moving, you’re on the way to becoming. Practicing means that you’re taking the steps necessary to become something different than what you are today. Performing isn’t aiming for anything more than right now. It’s arrived at this moment and is all about how you measure up today.

So then, just as you have received Christ Jesus as Lord, continue to live in him, being rooted and built up in him and established in the faith, just as you were taught, and overflowing with gratitude. (Colossians 2:6-7)

We need to treat our lives as a practice and not a performance. We need to continue to live in Christ, being rooted and built up in Christ. We need to be teachable and become established in our faith, overflowing with gratitude. The Christian life is not a performance, it’s a practice. It’s a journey of spiritual growth, of the maturing of a relationship with Christ. And, at the same time, we have an acute awareness of the preciousness, the sacredness of each moment we live, because we live it in the presence of God, at the pleasure of God, and for the glory of God. And so we overflow with gratitude.

If we treat our spiritual life as a practice, we don’t have to worry about perfection. We can live life reflecting the glory of God without concern about mistakes, failures, setbacks, comparison, or judgment. We’re free to move toward growth with the confidence of a child. We’re free to explore prayer, expressing our most intimate selves, both the deepest anguish and the most buoyant joy. We’re free to pursue the place in the body of Christ that God made specifically for us, not worrying about all the other places and peoples he’s made for those places.

Practicing doesn’t happen by accident. It means you’re intentional about your growth, about the rhythms you build into your life, and about your purpose. Your Father made you for a reason. He made you as an image-bearer. He’s made a way through Christ’s sacrifice that you might have abundant life. He’s with you as the Holy Spirit, so you have the power of God himself in you. He’s gifted you for specific things. He’s designed a specific role for you in his Kingdom.

Let’s live life as a journey into deeper obedience, deeper relationship, and deeper love. And let’s treat every moment on this journey as a precious practice. 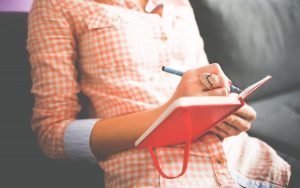 How To Transform Any Experience Into Personal Growth

Peek over my shoulder as I process my recent emotional speed bump through a step-by-step method designed to transform any experience into personal growth. Our lives are filled with both good and bad experiences. We can learn a lot from them, but only if we’re intentional about it. 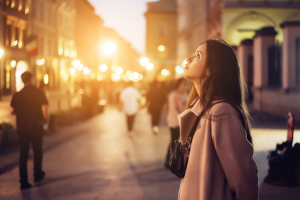 Your Story is Beautiful. Yes, Yours.

I see you. You can remember moments of joy in your life and so many individual moments of pain. You look a specific way, feel a certain way, and live a distinct way. You’re a completely unique combination of dreams, experiences, habits, loves, lessons learned, and potential to be realized. You have struggles and internal 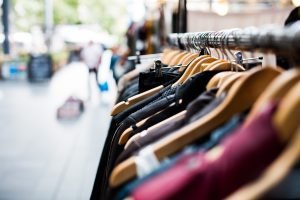 In the last twelve months, I’ve purchased one fancy dress. In the last two weeks, I’ve purchased twelve…and returned them all. I have a wedding to attend next weekend and  I’m attending as the date of the father of the bride, so what I wear is a bit more important than the standard guest attire. 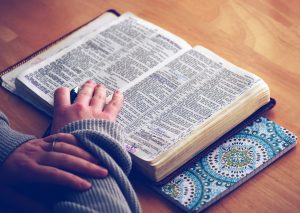 Coping with an Emotional Speedbump

My boyfriend’s daughter’s wedding triggered a surprise emotional breakdown. Learn how I coped with it and where you can turn to handle wayward emotions..